After five years we’re excavating again at Tell Halif. It’s a small dig. But I hope we can learn more about the city that once stood on this hill. After three days of excavations there haven’t been any dramatic finds yet, but watch this space and I might be able to update you on cool things we uncover.

But there have been dramatic scenes on Tell Halif last week. A fire that started in the nearby nature reserve also spread to nearby Tell Halif and even threatened Kibbutz Lahav, which sits at the foot of the tell. 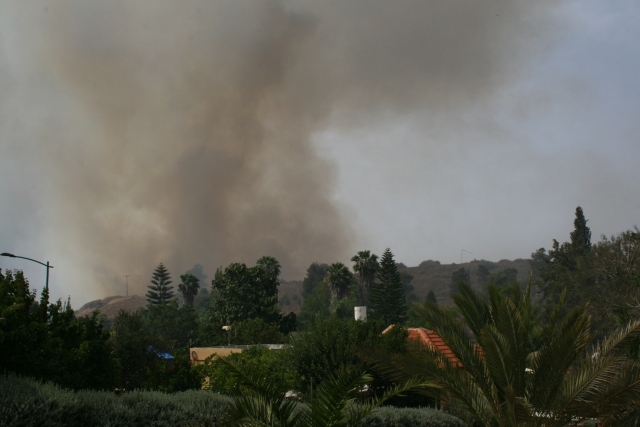 We weren’t on the tell at the time, but in the kibbutz and all had to be evacuated. I’m not sure whether I should blame the smoke of the fire or a bug for my current severe throat irritation, but I think the air we had to breathe somehow contributed to it. Airplanes were used to fight the fire, so that not all the vegetation on Tell Halif burned down.

It seems somewhat of a desolate place now, Tell Halif, with so much of the vegetation gone. 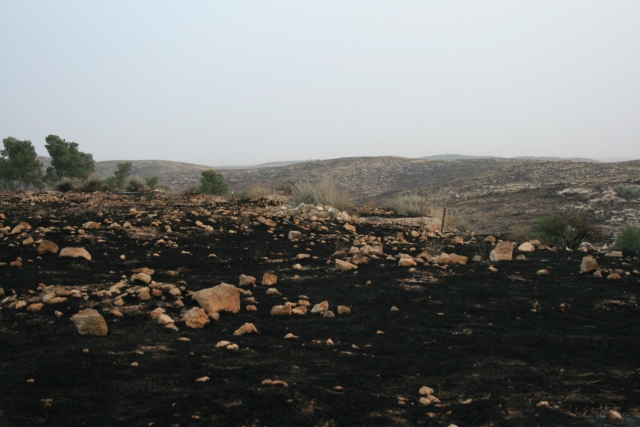 On the upside: since so much of the vegetation burned down, especially the salt bush, old excavation areas that once were covered by plants have become visible again. Maybe it’s time to explore Tell Halif again, seeing what has been excavated in years past. If we don’t find much in the current excavations, at least the renewed exposure of old excavations will provide some interest this year.