Assyrians on the Mediterranean Coast

The discussion and articles on the Assyrian presence in the Levant keep coming. The latest is by Yifat Thareani and is entitled The Empire and the “Upper Sea”: Assyrian Control Strategies along the Southern Levantine Coast, published in BASOR 375 (2016):77-102. She does not explicitly refer to the discussion, but rather provides an alternative viewpoint, taking into account some of the previous studies. By developing a clear methodical approach, she can categorise some of the events more clearly, but is also limited in what she takes into account, and may lose some of the nuances of the historical reality. She uses the work of Bradley Parker to come up with four different control strategies the Assyrians used in their empire. There was direct rule either through annexation of the territory as Assyrian province or through military control with the establishment of garrison. Assyrians also used indirect rule either through subjugation, normally by creating client situations with local kings, or through collaboration with local proxies, which mainly took the form of treaties with and incentives for tribal leaders. 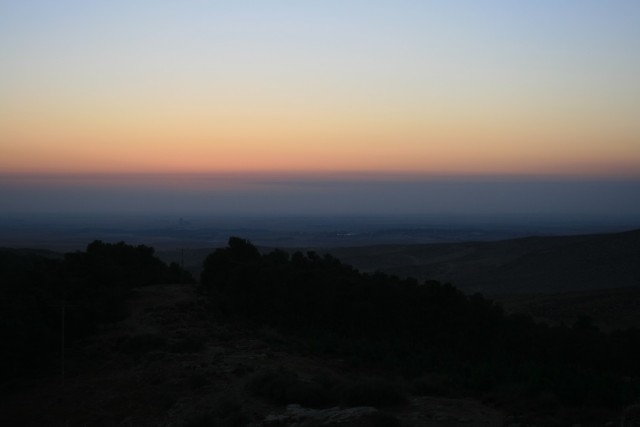 She concludes that Assyrians directly annexed Akko and also Dor, though its exact imperial status cannot be ascertained. Ashdod also was annexed, though it had a somewhat irregular rule with an Assyrian governor ruling beside a local king. But the Assyrian policy towards Ashdod was reversed and a local king soon ruled there again.
Assyria controlled the area south of Dor to the Yarkon directly through military forts.
The Philistine cities and the Phoenicians further north were subjugated, becoming Assyrian client kingdoms. Cities such as Tyre, Ashkelon, Gaza and Raphiah became trade intermediaries and also provided a buffer to hostile territories,
Assyria had some influence in the Arabian trade routes through collaboration with desert tribes.

Imperial imprints in the southernmost coastal strip
can be discerned in the archaeological record, mainly in
the form of Assyrian emporia (at Gaza [Al-Bilakhiyya]
and Tell er-Ruqeish). The exotic goods that found their
way to these emporia and the vibrant commercial activity
that took place in such outlying settlements—the latter
playing host to Assyrians, Arabs, Egyptians, Phoenicians,
traders, caravaners, and functionaries—was the driving
force of these multicultural hubs. In this way, desert frontier
dwellers became the beneficiaries of the pax Assyriaca.

The clarity of the analysis is able to draw a distinct picture of Assyrian control in the region, but also is a simplification of the historical reality. In particular, it changes the definition of the term pax Assyriaca from a centrally administered economic and trading policy to that of controlling trade of the subjugated people, even though Assyrian emporia (karu) may have encouraged it.

I am not so sure about the author’s insistence to treat the coast separately from its immediate hinterland. Studies have shown the connection between the port cities and their hinterland, not only during the Assyrian period, but also specifically then. While some of the forts in the Philistine area and further north could be regarded as Assyrian, the clearest indication for Assyrian forts is on the border to Egypt, and there not just immediately at the coast. Historical documents also indicate that there was political interaction between the coastal cities and the kingdoms in the highlands.

1 Response to Assyrians on the Mediterranean Coast