I have recently read an article that argues that we use too much masculine imagery when referring to God, in particular the term “Father”. Such an argument is often made and one of which few would not be aware of. The author also notes that throughout the Bible God is referred to in feminine terms and that God is neither male nor female. That is all well and good. 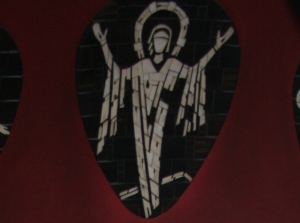 But then she moves to literary criticism to imply that Jesus would not have seen God as Father and hardly referred to him as such. The author notes that in the synoptic gospels (Matthew, Mark and Luke) Jesus only calls God Father a handful of times. But in the Gospel according to John, God is addressed as Father over a hundred times. She regards the synoptic gospels as more genuine, but John as a highly interpretive attempt to contain Jesus within traditional theological expectations. It is this theologized version of Jesus that held sway in the Church, she says. The synoptic Gospels show how Jesus shocked his Middle Eastern hearers by assigning repeatedly feminine attributes to God. For example, in the story of the prodigal son, even though the main human characters are male, they behave in a feminine way, and should be understood as such.

The author uses the tools of biblical literary criticism, as it is taught in universities and seminaries around the world. She recognizes the different voices of the different biblical authors, their different theologies. She analyzes the usage of words and the history of that usage. She looks at the texts within their context. The author has learned well, and uses all those tools to subvert the texts for her own agenda. She desperately wants Jesus to have acted and thought in a particular way and so she reconstructs such a Jesus through literary criticism.

While it is true that God is not referred to as often as Father in the synoptic Gospels as in John, it is still the most common term for God, apart from the term “God”. According to my quick, not necessarily accurate, count, Mark refers to God as Father four times, Matthew 46 times (more often even than “God”), and Luke 20 times. That is more than a handful. When comparing this to John, the subject matter and length of the different gospels need to be taken into account.

The continued use of the term “Father” in the Epistles indicates that this was a characteristically Christian appellation of God. In the Pauline epistles even the Aramaic form “Abba” is being used, indicating that this is something that comes from the earliest traditions about Jesus. Scholars have probably been right that Jesus used the Aramaic word “Abba” to refer to God. Based on literary criticism, this is the most likely reconstruction.

While the historical and cultural context has to be taken into account when reconstructing a parable such as the prodigal son, I would say it is something of a stretch to see the main characters as decidedly feminine. Indeed, an argument can be made that the form of the parable reflects a decidedly patriarchal society, more so than other parables. The parable of the prodigal son is not a criticism of such a patriarchal society, but rather makes the actions of the different characters distinct and memorable within such a setting. The parables may clash with some of our modern sentiments, but that should not cause us to interpret them in defiance of their historical and cultural context.

A more honest approach would be to recognize the frequent use of masculine imagery in the Bible to refer to God and acknowledge that Jesus himself probably called God “Father” (“Abba”). The consistent, but minor strand of referring to God in feminine terms could then be highlighted. An argument could then be made that in our times this strand should be given more prominence to reflect our heightened awareness of gender issues and the current cultural problems with the image of the Father. This argument could then be debated. It would not require the deliberate misreading of ancient literature. Some knowledge is sometimes less truthful then no knowledge.